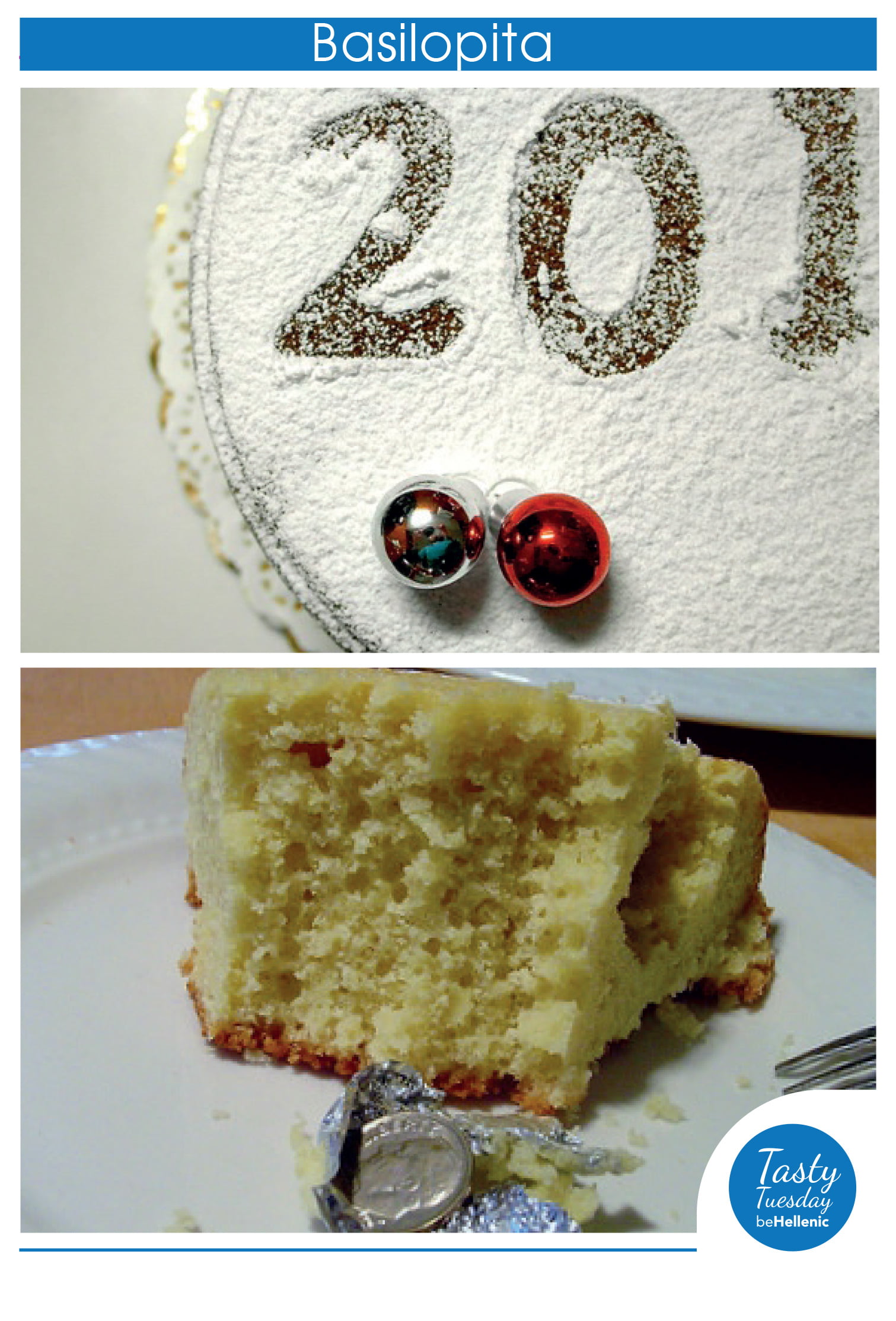 On New Year’s Day families cut the Basilopita to bless the house and bring good luck for the new year. This is usually done at the midnight of New Year’s Eve. A coin is hidden in the bread by slipping it into the dough before baking. At midnight the sign of the cross is etched with a knife across the cake. A piece of cake is sliced for each member of the family and any visitors present at the time, by order of age from eldest to youngest. Slices are also cut for various symbolic people or groups, depending on local and family tradition. They may include the Lord, the poor, the household. Tradition follows that the one whose piece has the foil wrapped coin in it, will have good luck during the year.

Every Tuesday we will be posting a recipe from a community member for you to try out. If you have an delicious recipe or a special recipe from your yiayia that you’d like to share with us, we will gladly post it on our website. Email us at least two photos, the ingredients list and the step-by-step method to behellenic@gmail.com

To all prospective members of the Hellenic Community of Pretoria (HCP), please take note of the following in respect of the Selective Tender proposed by the HCP Council for position of CATERER / CONFERENCING FACILITATOR.

On behalf of the Hellenic Community of Pretoria and the Benevolent Committee a heartfelt thank you goes out to our main sponsor Roman’s Pizza.